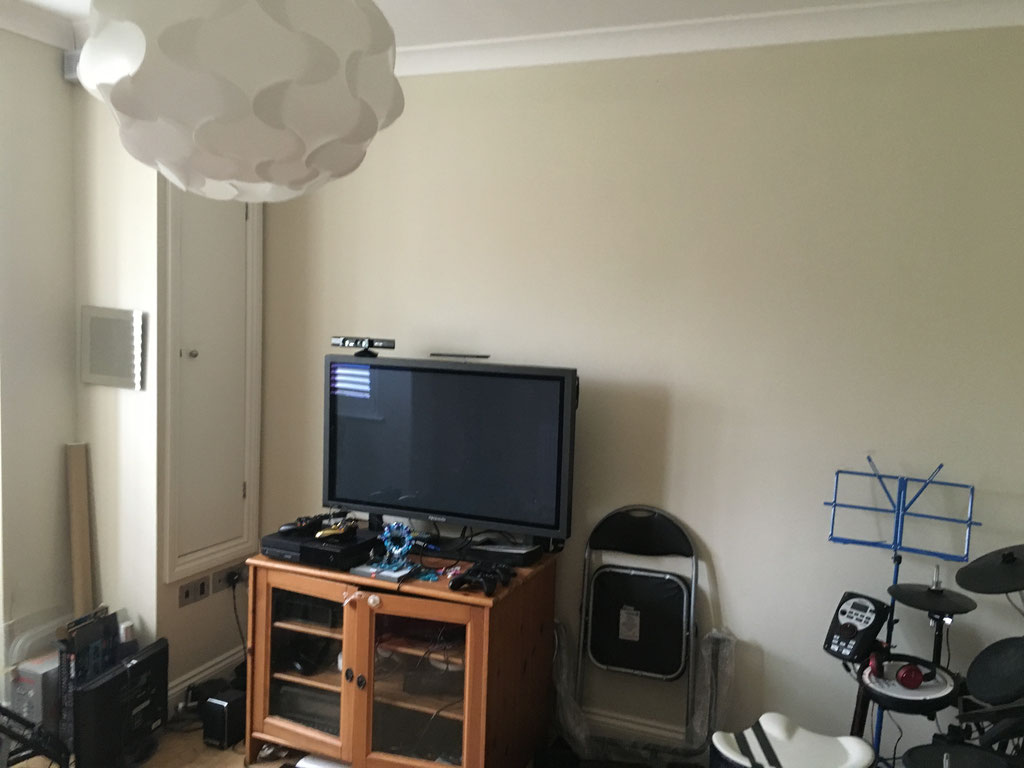 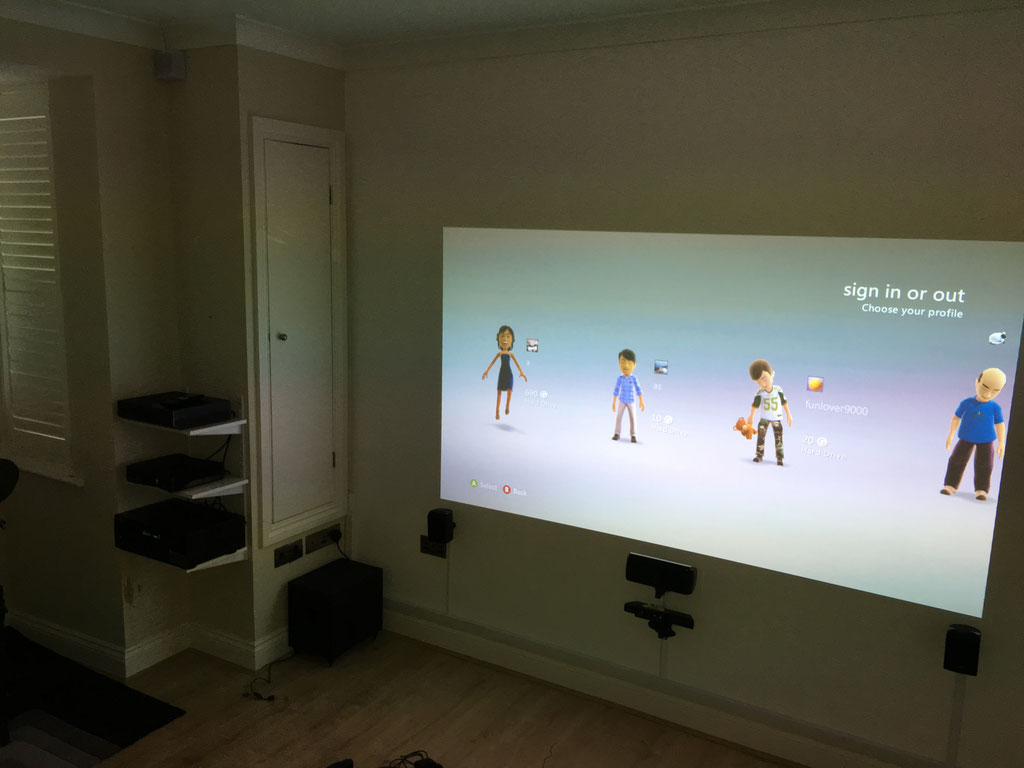 The brief here was to create a games room primarily with the option to use as a cinema room sometimes.

This was an exiting project we carried out for the client in Wickford during 2016. Most of the wiring was hidden in the cupboard after fitting shelves to accommodate the equipment and games consoles. Cables to the ceiling mounted project and rear speakers ran trough the ceiling space. The front and centre speakers along with the games Kinect sensor bar cables ran in trunking along the skirting keeping everything neat and tidy.

The finished screen size was just over 2 meters wide giving an ideal picture for games and movies. The sound was taken care of with a Denon Audio Video Receiver (AVR) amplifier and 5.1 speaker system. The amplifier also carried out the HDMI switching between the 2 games consoles and drum set that we allowed for in the designing of the room.

The projector wall was painted with special projector paint with the intentions at a later date to have a projector screen fitted. The painted wall worked really well giving an outstanding picture quality and helped to kept the price within the assigned budget.